Many of us will soon be able to work, shop, study, and even socialize from anywhere. "Remote" is no longer the realm of digital nomads, YouTubers, and gamers. It is now accessible to hundreds of millions of people —  from Ivy League students and brain surgeons to investment bankers and strippers.

The the fact that we can live anywhere does not mean that we will. Most of us are not going to spend the next decade working from home or backpacking across the globe. But we will have more geographical choice than ever before. And it will be easier than ever to exercise that choice.

We will have more choice because more jobs and services and cultural events and social activities will be available online — mediated by devices and technologies that will be increasingly intimate.

It will be easier to move because the markets for housing, office, hospitality, mobility, and financial products will be more liquid and more streamlined. Even the market for friends and colleagues and neighbors will become more streamlined and more efficient.

Most of us will still spend most of our time in one location. But the fact that we will have a choice will change where we choose to stay. It will also change the way cities, neighborhoods, and buildings behave in order to lure us and keep us in place.

Historically, the distribution of people and economic activity across geographical areas was governed by the economics of scarcity. We had to live near the factory we worked in, which had to bee near the end of a rail line, which had to be next to a port. Of course, many of these constraints still apply. But a growing number of people are able to transcend them.

In 2004, Chris Anderson published an article in Wired magazine that described how and why the entertainment industry is being transformed by the internet.

Anderson described how, historically, the entertainment industry was heavily dependent on "hits" — songs or films or game titles or books that appealed to a massive group of customers. The sales of such products loosely conformed to the 80-20 rule — where 20% of the titles generate 80% of the profits.

The entertainment industry was dependent on hits because it was constrained by the physical world. Producing and shipping CDs was expensive. The number of cinemas was limited. The shelf-space for books was not infinite. The airwaves could only carry a limited number of radio stations. And there were only 24 hours each day.

As a result, it was not economically viable to produce too many albums, to distribute too many films, to publish too many books, or to play more than a few dozen hit songs on a handful of stations.

And then internet changed the rules. It made it cheaper to produce and distribute content. It made it possible to "stock" (and search through) an infinite number of titles. And it enabled each person to access whatever they liked, whenever they liked.

The internet didn't just change how people consumed media, it changed what they consumed. People discovered that their own taste was more unique and more specialized that they knew. Instead of listening to Britney Spears on the radio (or on a CD), they could watch a video of a 3-year-old kid playing a toy guitar in a basement. Or listen to an obscure artist who has less than 100 other listeners. Instead of reading "all the news that's fit to print" in the New York Times, they could read plenty of news that's not fit to print on some niche blog or on Twitter.

The internet changed the distribution of economic activity across the media landscape. 20% of the products were no longer responsible for 80% of the sales. The game was no longer about selling millions of copies of a few products; it was about selling small quantities of millions of products.

How did this work?

Look at the chart below. It's a hypothetical chart with made-up numbers to illustrate a point. The chart describes the number of songs in the world and their popularity (the number of people who listen to them each year).

The purple part of the chart represents the most popular songs. Each of these songs is liked by more than a million people. These are the type of songs that get constantly played on mainstream radio.

The green part of the chart represents the songs that are less popular. The average song in this area is liked by, maybe, 200,000 people. These are the type of songs that you can find in a local record store (which is less constrained than the radio, but still has limited shelf space).

The blue part of the chart represents the least popular songs. Please assume that the blue lines continue further into the right (outside your screen). Being relatively less popular does not mean that these songs are not loved. It means that, at any given moment, they are loved by a smaller number of people. Note that I used the word "love" and not "like", because these songs are probably very special to their listeners. They speak to something that these listeners do not have in common with most other people.

You'll also notice that the blue part is quite large or, more accurately, long. When you add up all the blue lines, including those outside the screen, the total blue area is larger than the purple and green areas. This means that in aggregate, the least popular songs have more listeners than the hit songs.

Anderson calls this blue area The Long Tail. This was the title of his Wired article as well as of his book. The songs in the blue area are the songs that would have never made it to the radio or even the record store when the cost of producing and distributing music were high. But on the internet, where the cost of "moving" a song is zero, these songs are viable. And together, they can produce as much sales as the handful of hit songs that dominate the charts.

A distribution with a long tail can be observed in many markets that are governed by the economics of abundance. When customers have near-unlimited choice, their choices tend to spread along a very large number of options.

Which brings us back to cities.

The Geography of Abundance

The distribution of people and economic activity is constrained by geography. Even the tech employees in San Francisco need access to hospitals, and schools, and other services. Such services require a critical mass of customers in a given location in order to remain viable. Until recently, the consensus was that even people who work  "on the internet" have to be located in close proximity in order to produce their best work.

I am not going to try to convince you that this is no longer true — that people can produce their best work remotely, or that education and even healthcare can be provided remotely. We will leave this particular discussion for a later date.

What will happen then?

People's choice of location will likely become as specialized as their choice of other abundant goods such as songs or YouTube videos. In other words, population and economic activity will spread across a long tail of different locations.

This all sounds very nice. But there's a dark side to all this theoretical freedom.

A Tail of Two Cities

Remember the least popular songs? I mentioned that these songs are not just liked by the few people who do listen to them. They are loved. The abundance of the internet enables people to find products that appeal specifically to them.

Under the economics of scarcity, the songs on the radio or films in the cinema aimed for the lowest common denominator; they tried to appeal to the highest number of people. Under the economics of abundance, most songs and videos can appeal to a niche, to a small audience of highly-enthusiastic people who have something in common with each other — but not with everyone else.

Imagine this dynamic in an urban setting. Under the economics of scarcity, locations are optimized to appeal to the highest number of people. This is true for apartment buildings, for office buildings, and for cities as a whole. Most of the people I see on the street in New York are different from me. We have different backgrounds, different levels of income, and different tastes. As we walk by each other, each of us is listening to a different song on their Airpods, but all of us are sharing the same physical space.

But under the economics of abundance, we will no longer have to share the same space. The locations we will occupy could become as customized to our taste as the songs on our playlist. This means that the distribution of people and economic activity could — and likely would — become more segregated.

Online, we can already retreat into our own bubbles and avoid any people and ideas that are not to our taste or outside of our comfort zone.

Offline, there is plenty of segregation as well. But cities force us to to interact with people from a diversity of backgrounds, income brackets, and ideological groups.

Cities might soon lose the power to do so. How likely is this scenario? Is there a way to increase choice and create more inclusive communities?

I'd love to hear your thoughts. I will continue to explore this topic in the coming weeks.

This week, we officially kick off a series of interviews about the history and future of cities. Our first guest is Greg Lindsay, who has an encyclopedic knowledge of all 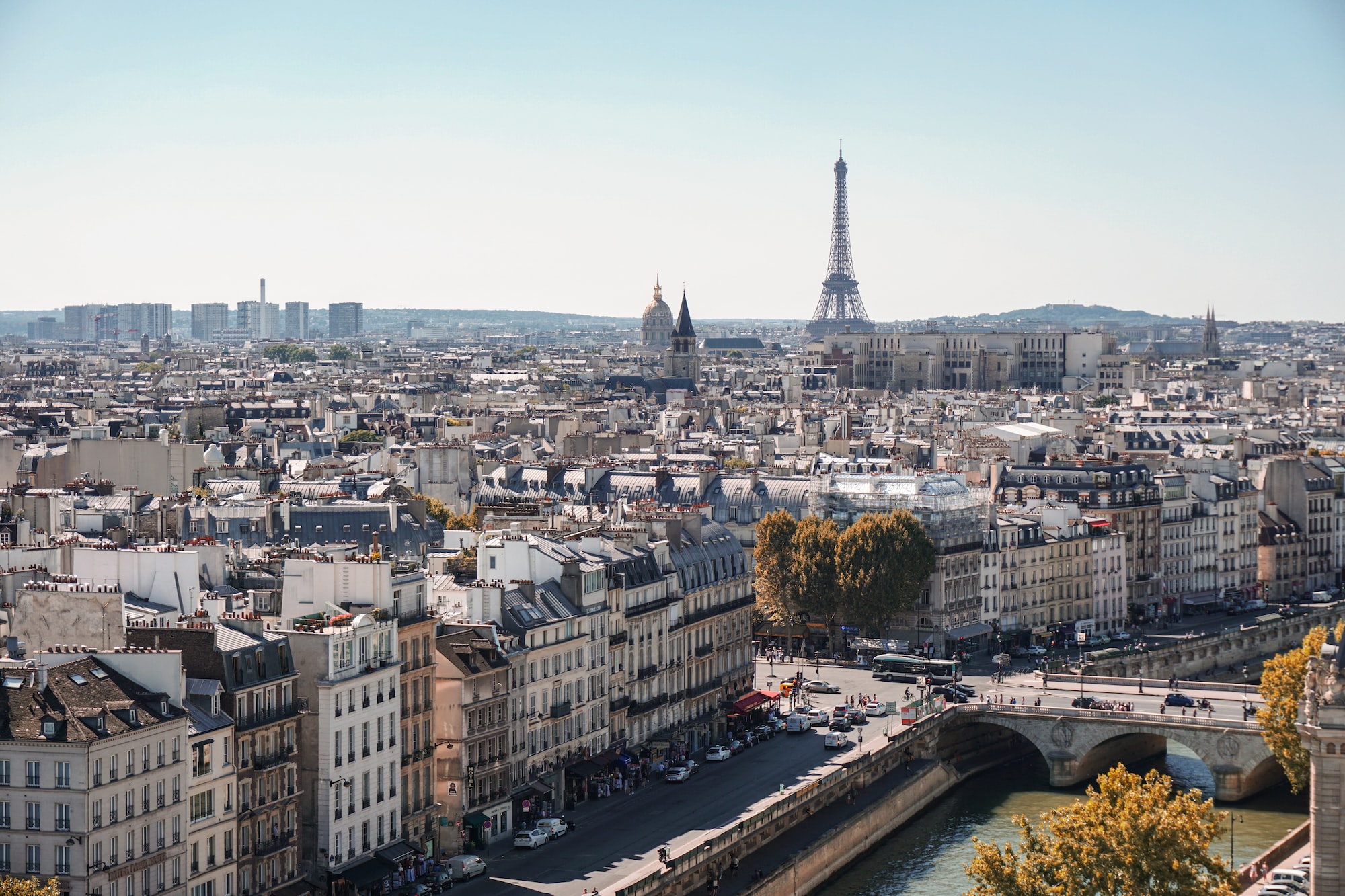 This week, I was planning to  write a series of short and unrelated takes. Somehow, the various takes ended up connecting and became a short essay. You can nibble each